The Positive Effects of the Debt Collection Industry in the USA 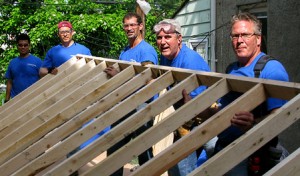 In the current national mood of consumerism, there is a popular belief that debt collection is an assortment of villainous scavengers praying on innocent victims and who contribute nothing to our society and nation. Somehow, however, the good and positive effect of reputable debt collection agencies and lawyers seems to get lost in the bargain!

Recently, the American Collectors Association (ACA) commissioned a study by Ernst & Young to measure the economic effect of the debt collection industry on the American Economy. Here’s the short version:

So next time you hear about the abuses, which are abhorrent to all of us, remember the vast preponderance of debt collection agencies and law firms are not merely operating responsibly and exactly the way you would want them to behave, they’re also going the distance by providing a truly positive benefit to the nation.

For the full study, go to: http://www.acainternational.org/files.aspx?p=/images/21594/theimpactofthird-partydebtcollectiononthenationalandstateeconomies2014.pdf