Due Process and Collections Litigation 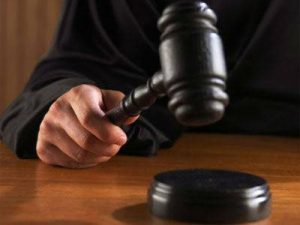 At some point, most businesses, especially those involved in interstate or international transactions, are going to have to sue someone to collect an overdue bill.  When dealing with a debtor that resides or does business primarily in another state, one critical issue to consider will be: can I sue the debtor in my home state, or do I have to forward the claim to an out-of-state agency or firm?  Clearly, the creditor would almost always prefer suit in its own state and county, as travel and lodging for depositions, mediations, trials, and other hearings can quickly add up.

The question is more complicated than it might first appear to a layman, however, and the answers are ultimately established by a document not often referred to by collections attorneys: the United States Constitution.

Imagine you resided in California, and you sold a used car to a resident of Utah over the Internet.  When the purchaser fails to pay, can you sue her in California?  While most of us instinctively feel this would be unfair, and expect the law would not allow it, most of us would have a difficult time citing the law that applies.  The answer is the Due Process Clauses of the 5th and 14th amendments to the U.S. Constitution.

These clauses state that the federal government and the states cannot take property from you without due process of law.  The courts then take the further step of declaring that a judgment in a court constitutes taking property under the Constitution.  Therefore, no state can enter judgment against you unless the state establishes personal jurisdiction by meeting certain requirements. So, in our hypothetical, you cannot sue the purchaser in California, because entering a judgment against the purchaser will violate the purchaser’s rights by taking her property without due process.

The traditional rule to establish personal jurisdiction had the distinct benefit of clarity: the defendant had to be served while in the state, or voluntarily appear.  See, e.g., Pennoyer v. Neff (1878), 95 U.S. 714.

A New Rule – and New Problems

This rule may have been fair and serviceable in the 18th and 19th centuries, but in an age airplanes, the Internet, and phones allow transactions to occur across the globe in a short period of time, the rule simply does not work.

The Supreme Court in the landmark case of International Shoe Company v. Washington (1945), 326 U.S. 310, superseded the traditional rule, substituting a more sophisticated test:  Rather than physical presence or assent, the requirement is that the defendant has “sufficient minimum contacts… such that the maintenance of the suit does not offend traditional notions of fair play and substantial justice.”

There Is A Lot of Grey Area

Unlike the traditional rule, this new standard has a big disadvantage: it is vague.  Reasonable minds can differ on whether a defendant has sufficient minimum contacts to render jurisdiction fair.  Further, there have been very few Supreme Court Cases on this issue since International Shoe.

It’s easy to imagine scenarios that completely befuddle this rule: How many sales people have to represent a company in a state before it can be sued there?  What if the company has a single salesman for the Southwest, responsible for several states, who visits a particular state four or so times a year?  Is one million dollars in sales per year to a state sufficient?  If so, is $100,000?  $1,000?

Especially when the claimed grounds for jurisdiction are sales to the forum state, it can be extremely difficult, if not impossible, to accurately predict how a court will rule on this issue.  If you fall into the very large grey area, this represents yet another risk that must be calculated by the wise creditor.

There is also a concept known as specific jurisdiction.  Let’s return to our earlier hypothetical: you, a California resident, sell a used car to a Utah resident.  You agree to drive the car to the purchaser, and, while in Utah, you have a car accident.  You have never lived in Utah or done anything else to avail yourself of its laws.

Can the other motorist sue you in Utah court?  Despite all of the foregoing, and the fact you clearly lack sufficient minimum contacts to be subject to general jurisdiction in Utah, the state’s courts can exercise jurisdiction over you relating to that specific incident that occurred in the state, regardless of your contacts with the state.  Ironically, the purchaser may not be able to sue you in Utah, but the other motorist certainly could!

One Last Issue Regarding State Law

Fortunately for me, California has a long-arm jurisdiction statute that is coterminous with the constitutional limits.  That means the question whether California has personal jurisdiction has the same answer as the question whether the U.S. Constitution allows it to exercise that jurisdiction.  Note, however, that is not true in many states, where the state’s statute does not extend to the full range allowed by the Constitution.  In that case, there is a second step in this process: determining whether the forum state’s statute allows the state to exercise jurisdiction.

Many business people, especially those in collections, simply never think about this issue.  However, spotting this problem ahead of time can save considerable time and money.  While you can probably obtain judgment by default in your forum state, you will then have to domesticate it in the debtor’s state of residence.  When you do so, the debtor can challenge the original court’s jurisdiction during that second lawsuit.  I’ve had this issue rise up unexpectedly and bite a client in a case where they thought they had judgment.

It’s important to keep this issue in mind when considering collections litigation.  Failing to do so can be costly.