What is a Foti Message Within FDCPA Compliance 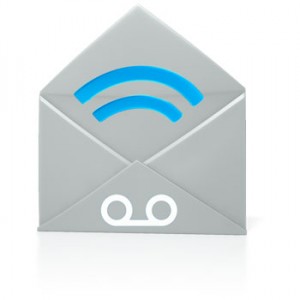 The Fair Debt Collection Practices Act (“FDCPA”) is a federal law intended to protect consumers from unscrupulous or harassing debt collection practices. The FDCPA was enacted in 1978, before the Internet, or even cell phones. Therefore, especially with regards to technology, the FDCPA can be less than clear. This article will discuss the rather surprising issue of voice mail messages and FDCPA compliance.

Even if you are not a professional debt collector, FDCPA compliance is a good business practice. Most states have enacted their own consumer protection statutes that more or less parallel the FDCPA. For example, in California, the Rosenthal Act provides penalties for unlawful collection practices. Unlike the FDCPA, many of the state statutes apply even to creditors collecting their own debts. Further, so-called “common law” remedies, such as infliction of emotional distress or violation of privacy, remain available to debtors and their (often creative) attorneys. Making sure your internal collection practices are in line with the FDCPA can save you from liability on these fronts.

When attempting to comply with the FDCPA, one of the thorniest issues is when and how to leave a voice mail message for a consumer debtor. This particular dilemma is forged by two separate requirements of the FDCPA that can interact in unexpected ways: 15 U.S.C. Section 1692e(11) requires a debt collector identify itself in every communication with the consumer; and 15 U.S.C. Section 1692c(b) prohibits debt collectors from communicating information about the consumer’s debt to third parties.

Leaving a voice mail message has been repeatedly and unanimously held by the courts to be a “communication” that requires a debt collector to identify himself. However, leaving a message that identifies the nature of the call could result in a violation by revealing the information to a third party.

After all, once a message is left, the person who left the message has no control over who might listen to the message. Messages containing information about a consumer’s debt could be heard by individuals other than the intended consumer. For this reason, courts analyze a voice mail message left by a debt collector as if it were a communication to a third party.

The now infamous case, Foti v. NCO Financial Systems(2006), 424 F. Supp. 2d 643, dealt with the following message: “Good day, we are calling from NCO Financial Systems regarding a personal business matter that requires your immediate attention. Please call back 1-866-701-1275, this is not a solicitation.”

The court ruled that this was a violation of the FDCPA’s requirement that a debt collector identify itself as such in all communications with the consumer. The court held that the name of the entity itself, “NCO Financial Systems,” didn’t indicate it was a collection company, and nothing else in the message so indicated. Therefore, the court held that the least sophisticated consumer might not have realized the message was from a debt collector.

In response to this dilemma, collection companies tried some innovative solutions. The most common was a so-called “Foti message.” When leaving a Foti message, the collector leaving the message states the name of the debtor, states this is a private matter, and then instructs the listener to hang up if the listener is not the named recipient. The message then provides a brief pause for the person to hang up if not the recipient, and then gives the information about the debt and the debt collector.

There is no case law regarding this strategy. However, the Federal Trade Commission filed a complaint against NCO Financial Systems, Inc., in 2013, alleging that voice mail messages following the Foti strategy violated the prohibition on third party disclosure. The reason is obvious: the FTC argues that there is no reason to believe a curious spouse, co-worker, or friend listening to the voice mail would actually hang up when the message asked. The FTC complaint ended in a consent degree, and so no new case law was generated. Although the FTC’s opinions are not law, and are not binding on any courts, the argument offered is instructive.

Another famous case, Zortman v. J.C. Christensen & Assocs. (2012), 2012 U.S. Dist. LEXIS 61122, offers a possible way out. In Zortman, the court considered a voice mail that had been left on the consumer’s cell phone. The voice mail message on the phone did not identify as the debtor’s voice mail, but only reiterated the number and asked the caller to leave a message. The consumer leant her cell phone to her children, who listened to the message from the debt collector. The consumer sued, claiming the message violated the FDCPA prohibition on third-party disclosure.

Somewhat surprisingly, this case turned out favorably for the collector. The message stated, in its entirety, “We have an important message from J.C. Christensen & Associates. This is a call from a debt collector. Please call 866-319-8619.” The court noted this was a communication requiring disclosure that the messenger is a debt collector, but that the message made the necessary disclosure, and therefore met the disclosure requirements that the Foti defendants had failed to meet.

Crucially, the court held that the message also did not violate FDCPA prohibitions regarding communications with third parties. In other words, this message managed to walk the fine line between the required disclosure and an FDCPA violation. The court described the crucial elements as a message that did no more than “merely identify the caller as a debt collector”, without “identif[ying] the intended recipient of the message, [or] reveal[ing] that the intended recipient owes a debt…”

A consumer voice mail poses a trap for the unwary collector. The safest route is to refrain from leaving voice mails for consumers, especially if the voice mail prompt does not identify the number as belonging only to the debtor. Failing that, a message that identifies the messenger as a debt collector, but gives no information regarding the reason for the call or the debt, may also be permissible under the FDCPA, although this remains uncertain in all jurisdictions and circumstances.