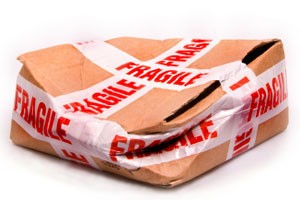 A Chinese client of ours placed an account with us for collection. On contacting the company who bought their product we were referred to their lawyer. When we contacted the lawyer he explained that his client had an initial offset to the $650,000 debt because of approximately $30,000.00 worth of defective goods. Beyond that, opposing counsel told us his client suffered damages to completely offset the remainder of the debt because the faulty goods ruined his relationship with his customer – the end user/buyer of the goods.

Naturally, we reported this to our client in China and asked for their comments on the allegations being raised about the defective goods. However, the client was stunned by the notion the debtor was trying to claim any offset beyond the $30,000 for the defective goods. “Our contract was limited to the $650,000 worth of goods we sold to them and they must confine any offsets to the transaction – they can’t go beyond that to issues outside the transaction,” they replied.

On the contrary, I explained – “They can indeed file a countersuit to claim any offset for damages they sustained because of any faulty products supplied by you. Of course, they will have to prove the full extent of the offset they are claiming.” Americans are accustomed to the notion of counterclaims to completely offset a debt for reasons outside the four corners of the transaction documents.

However, in many jurisdictions around the world it is the reverse situation – a dispute about a commercial debt is limited to those elements within the transaction documents and you can’t stray beyond those limits. However, you can, in those instances, file an entirely separate lawsuit against the offending party.

In our view, our system is more efficient. In their view, our system seems foreign and unfair. The reality is that our system is both fair and efficient and so is the Chinese system if everyone is playing on the same cultural field. However, we have to recognize that once we stray from that field there will indeed be differences.

How to Handle Cultural and Legal Differences

Since I’ve spent more than four decades handling international cases, I am quite used to these types of questions being raised and I was well prepared to tell the client they simply have to accept the fact there are different types of legal systems around the world and our system does indeed operate differently than what is done in China. Hence, the offsets for a the value of a lost customer and lost profits can be aired at the same time as the prosecution of our case.

Be aware of the fact of differing legal systems around the world and accept the fact that when you submit to that other jurisdiction to resolve your dispute, you are indeed accepting their system of enforcing law. If you want to level the playing field in favor of the American system, ask us about methods to accomplish that regardless of the jurisdiction involved.