Why Is a Qualified Interpreter or Translator Necessary 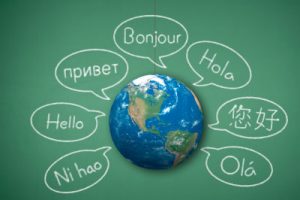 Let’s start with a couple of definitions –

Interpretation is the process where a person converts spoken words from one language to another language. Therefore, an “interpreter” acts as an intermediary between individuals who are speaking different languages.

Translation, on the other hand is the process of converting the written word from one language to another. Consequently, a translator will take a document written in one language and convert it to another language. Courts will not recognize interpretation or translation by individuals who are not deemed competent. While you may know a person who is fluent in Mandarin or Spanish or French, “fluency” is not sufficient as a matter of “competence”.

Importance of Court Translation and Interpretation

Both of those skills, translation and interpretation, are critically important in the legal world and both require individuals who are competent in the eyes of the Court. Nearly all local Courts carry lists of such individuals with both skills. As an example, the California Courts offer the following search assistance on their website at:

Qualified interpreters must be certified on the Judicial Council Master list after taking a rigorous qualifying examination. They are issued identification badges and can be appointed by the Court to interpret oral testimony being given by witnesses at depositions, trials and hearings.

Should We Translate or Interpret?

I am often asked by clients located abroad whether or not our Courts will give greater weight to the testimony of an English speaking witness. The answer is unequivocally, “No.”. A qualified witness, who can testify by firsthand knowledge of the facts of a case can testify comfortably in that person’s native language and use a qualified interpreter – and may do so knowing that interpreted testimony is given the same weight and value of an English speaking witness.

Consider this – Being “believable” is a key element for a successful witness at a trial. If a witness, who is Chinese, for example, and is capable of speaking English, but hesitates or is stilted in his delivery, he might appear “less believable” to a judge or jury. However, if that same witness can assertively and without hesitation deliver his testimony in Mandarin or Cantonese and then have a competent interpreter deliver the message in English, the result is enhanced believability. The value of that “believability” cannot be overstated.

Likewise, competently translated documents are given the same weight as documents written in the English language.

However, over and again, the key word you should have noted from the above presentation is “competence” – that means “legal competence” as recognized by the Court.