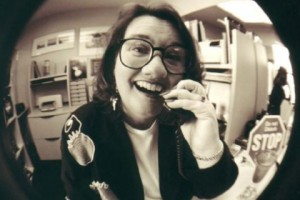 There I am at a party or in some other social setting and inevitably we get to the question, “Dave, what do you do for a living.” When I reveal I’ve spent a lifetime collecting debts – even on an international level, on come the snickers, raised eyebrows (like they just got confronted with the devil himself), and of course the eventual, “Well I was recently harassed by a bill collector.”

I don’t typically want to discuss someone’s financial experiences in public, but now that the genie was uncorked I usually ask a leading question like, “You were harassed? What did they do or say to you?” Most people who are not familiar with what actually constitutes a charge of harassment (which is a pretty serious allegation), go on to tell me that someone from a collection agency called and demanded money without first getting proof of the validity of the debt. That’s the most common theme.

The Burden of Proof for a Debt Collection Lawyer

However, what constitutes “proof”? It’s a rarity for me to find someone who actually knows and understands what this proof burden is for a debt collection lawyer or agency. There are various levels of proof, which can be defined here, but I’m merely going to concentrate on the one and only example that counts. As a debt collector, you’re a paid advocate for your client to collect a debt and when they hire you, your clients must give you at least a Statement of Account to show how they arrive at the sum total of the claim they’re asking you to collect. THAT’s IT! Nothing more is required.

When a good debt collector calls a party on that first collection call, his most important tool in his arsenal is to simply be a good listener, while being polite and businesslike. “I’ve been instructed by John Q Company to collect a debt in the amount of $________. Will you issue your payment today to clear the obligation?” Then I sit back and SHUT UP. I don’t care how long that pregnant pause might become – I wait for an answer. If I’m presented with any form of dispute, I take notes, thank the other person and let them know I’ll get back to them after I check with my client. Most people appreciate it when they realize I’m not merely calling to ruin their day.

The main piece of federal legislation to protect the consumer from debt collection harassment is the Fair Debt Collection Practices Act (FDCPA). This law typically does not apply to business to business transactions – It’s intent was to protect consumers only. However, in certain situations a business transaction between companies may be covered if the debtor (the party who owes the money) is a closely held company or sole proprietorship. That law carries a whole laundry list of things, most of them common sense, which are the defined elements of harassment:

Certainly there are other examples, but I think you can readily see the distinction between those items and merely calling someone to make a payment demand.

On that last bullet, I have to suggest merely telling a legitimate collector not to contact you again, is not the best course of action. You’ll find that while collectors are paid advocates, they will bend over backwards to try to work out some form of settlement between the parties, rather than see a situation deteriorate to a law suit. Walk the collector through the issues and ask for his help to resolve the situation with the creditor. THAT will foster much greater respect and resolve to see the case concluded amicably. Why invite legal action by silence if you can resolve something in a friendly way. Any settlement implies some give and take – someone not being entirely satisfied but not entirely dissatisfied.

Every year, billions of dollars are legitimately collected by debt collectors for businesses from both consumers and other businesses. In fact, I readily and unapologetically make the contention that without the legitimate debt collector, we would see drastic harm done to our overall economy. There certainly are the abusive scammers out there trying to pray upon consumers and businesses and they should be immediately punished and in fact – THEY ARE!

The Federal Trade Commission takes charges of harassment across interstate lines very seriously. However, the mere fact someone calls you to collect a debt doesn’t in itself constitute harassment.

If you’re on the other side of the equation – the creditor – you will absolutely want to ensure that the people you hire to collect are responsible and approach cases with integrity. The bottom line of harassment by a bill collector or unscrupulous attorney is the fact the creditor can be held responsible for resulting damages from that harassment! Make sure you know who you’re hiring.