Corporate Status Can Be a Debt Collection Issue 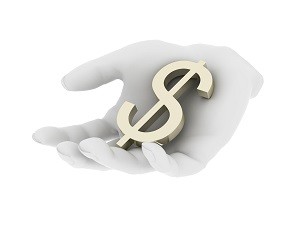 Who Owns This Debt?

A client recently placed a substantial commercial debt for consulting services with my firm. Upon contacting the debtor, I found that the debtor had beaten us to the punch: They had filed a Complaint for breach of contract to preempt my client’s collection activity. In such a situation, unless the debtor makes a reasonable offer upon contact by the attorney, the response is usually clear: come into the lawsuit with guns blazing!

In this case, however, while we were ramping up to file a response to the complaint and a cross-complaint of our own, an interesting issue came up: I noticed the contract was not in the name of Joe Creditor, an individual, who I identified as my client, but the consulting agreement was between the debtor and ABC Consulting, LLC (I’ve cleverly created false names).

Further research determined that ABC was a Delaware LLC in bad standing with the Secretary of State. It had been involuntarily dissolved for failure to pay fees and taxes a few years prior. I called Joe, who made light of the issue, explaining that he had a partner that jointly owned the LLC, but when the partner left, Joe abandoned the LLC and just continued in his own name. He hadn’t felt it was worth the time and fees to properly wind down the defunct LLC.

These receivables are assets of a defunct corporation.

A Creditor Must Prove Ownership of the Debt

Many creditors see debt, and debt collection, as a simple issue: the debtor is the bad guy, he’s not paying his debts, the court needs to make him do it! While that is the general idea, American courts are restrained by due process. When collection litigation becomes necessary, it is not sufficient to prove the debtor didn’t pay: you must prove that the money is owed to you.

While you may see it differently, the law distinguishes between you and the business you own, if that business is incorporated. The corporation or LLC is a separate legal entity from any individual person. This offers vast and well-known advantages regarding business liabilities to individual owners. What many creditors and business people fail to think through, though, is that is also creates some potential pitfalls.

What Could Go Wrong?

Joe may be barred from collecting this substantial debt, even though the work was performed and he put in significant time and costs. Worse, the debtor can proceed with the lawsuit against the LLC, and Joe cannot file an answer or make a claim on behalf of the LLC under California law.

The law is this way because of the following scenario: The debtor pays Joe in full, and goes on with business as usual. Three months later, the debtor gets an invoice from Joe’s former partner, claiming that he is owed the money. The debtor has been put in a bad situation, and all because it is unclear who, if anyone, inherited this debt. In fact, one common unethical and illegal practice that is unfortunately too common is for a con artist to contact a debtor claiming to be acting for a legitimate creditor. The con then collects payment and takes off without paying the creditor, who, unaware, continues to try and collect the bill. For that reason, you must prove that you are the legal holder of the debt.

The ideal solution, of course, is to form a contract between the new entity, whatever form, and the debtor. Nothing closes the door on this potential defense like a contract stating that, from this date forward, the debtor is contracting with Joe Creditor.

It is also wise to prepare and have signed an assignment of any and all outstanding debts from the old company to the new corporate form.

Failing that, at the very least a letter should be sent to all debtors and creditors advising them of the change in form and/or ownership, and notifying them that all debts incurred going forward are due the new company, and that the old company, legally at least, has ceased existence.

The important thing is to have a document that can be submitted into evidence at a trial or other hearing that unequivocally states that the debtor is now doing business with the new entity.

The separate legal existence of corporations and related entities is a great boon to business owners. However, when incorporating an existing business or changing corporate form, it can also prove a surprising and frustrating problem. When changing form, make sure to notify your clients and debtors, assign all existing debt to the new entity, and follow your state’s laws regarding winding up and formation.