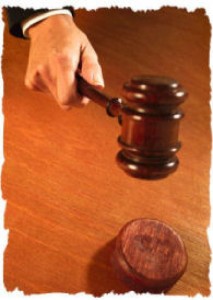 Just when you thought everything about your lawsuit against a U.S. debtor was going smoothly … BANG! The defendant files a countersuit against your company.

What is a countersuit?

It’s a lawsuit filed by a defendant against a plaintiff in direct response to a suit brought against the debtor by that plaintiff. The countersuit asserts an independent Cause of Action in favor of the defendant (debtor).

It’s important to note that, in many jurisdictions of the United States, the words countersuit and counterclaim are synonymous. However, in some jurisdictions, a counterclaim is merely an answer or denial of the plaintiff’s (creditor’s) allegation. Therefore, if you are told a counterclaim has been filed, clarify its meaning immediately.

While some countersuits simply seek declaratory relief from your claim, most also seek a monetary award. They are often based on a tort, a civil wrong for which the court will provide a remedy in the form of actual damages and also punitive damages. Torts address negligent acts or omissions independent of contracts.

Be aware that, in some cases, an unscrupulous defendant may fabricate a spurious countersuit simply as a defense tactic in the hope that it will cause you to drop your claim against him.

How should you respond when a countersuit is filed?

Once you are notified of a countersuit, you have several options. You can choose to have the attorney who originally filed your suit against the defendant also defend you in the countersuit. You can hire a second attorney to handle the countersuit defense separately. Or, you can instruct your original attorney to seek a mutual dismissal of both cases. In this last instance, you must be prepared to defend if the debtor refuses a mutual dismissal.

An option you do not have is to ignore the countersuit – a mistake sometimes made to the ultimate regret of the creditor. If you don’t defend against a countersuit by the deadline given, a Judgment will likely be entered against your company for the full amount requested by the debtor.

How much do countersuits cost?

When you decide to file a suit against a U.S. debtor whose account you have placed with a collection agency or collection lawyer, you will typically be given quotes for an amount of money sufficient to cover court costs – filing fees, process server fees, writes of garnishment, etc. You will also be quoted a suit fee, which, in the United States, is generally 10% of the amount actually collected. The suit fee may be partially or fully contingent upon collection.

These fees relate to handling your claim against the debtor. They do not cover an attorney’s fee for defense of a countersuit. In the United States, while countersuits are heard by the Court concurrently with the initial lawsuit, they are considered separate actions. Attorneys charge separately for their defense work at hourly rates ranging from $150 to $400.

Sometimes the cost of defense against a countersuit may be fully or partially covered by your liability insurance and you should immediately alert your insurance broker about the countersuit and find out from them if they have any special instructions for you.

Should I forego filing suit since the debtor might file a countersuit?

If you know your case against a debtor is sound, there are no valid disputes, the debtor is in business and the matter economically justifies legal action, don’t be intimidated by the mere threat of a countersuit. Less than 10% of all collection lawsuits result in a countersuit. Obviously, if you refrain from lawsuits only on that fear, you stand to lose far greater sums of money over time. You’re in business to earn a fair profit and should not allow others to pray upon your fears.