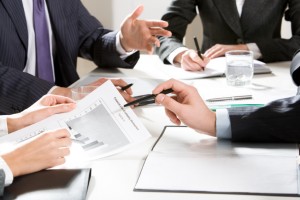 This office has long enthusiastically supported the use of arbitration clauses in contracts for the extension of credit. Arbitration favors the creditor in several ways: disputes are more quickly and cheaply resolved, and it offers the parties more control over how the dispute will be handled. Although arbitration provisions have recently come under fire from the CFPB, the United States Supreme Court has weighed in again to further strengthen the enforceability of arbitration provisions.

Arbitration Agreements Are Generally Enforceable in the United States.

It is well-settled law that the Federal Arbitration Act (“FAA”) creates a strong federal policy favoring enforcement of arbitration provisions in contracts. Generally speaking, under federal law applicable in all fifty states, an arbitration provision is enforceable with few limitations, regardless of states’ laws.
In the case of AT&T Mobility LLC v. Concepcion, 563 U.S. 333, the court interpreted the FAA as “reflecting both a liberal federal policy favoring arbitration and the fundamental principle that arbitration is a matter of contract.” Concepcion involved a California law that categorically prohibited collective-arbitration waivers in consumer contracts. The Supreme Court struck down the California law, ruling that it was inconsistent, and therefore preempted, by the FAA.

The most recent Supreme Court decision on arbitration was Concepcion is DIRECTV, Inc. v. Imburgia, 136 S.Ct. 463. This case revolved around a single phrase in the arbitration agreement: that the provision was void if the class waiver was unenforceable under the “law of your state.” A clever plaintiff’s attorney argued that this single phrase referred to California law as it existed before Concepcion, and so the class-waiver rendered the entire provision void. This argument prevailed at the trial court and appellate court, and was only finally rejected by the Supreme Court.

The point to take away from this detail is: wording is crucial. The Court in Imburgia makes clear that arbitration is a contractual process: “the [FAA] allows parties to an arbitration contract considerable latitude to choose what law governs some or all of its provisions… In principle, they might choose… the law of Tibet [or] the law of pre-revolutionary Russia.” Id. at 468.

The entire case could have been avoided if the drafter had been clear about what law applied. Use this to your advantage to carefully draft arbitration provisions that give you all of the possible advantages.

Imburgia makes clear that state courts cannot circumvent the FAA with idiosyncratic contract interpretation. Arbitration remains favored under Federal law. At the same time, extreme care must be taken to draft the arbitration clause as precisely as possible, as the intent of the parties will generally be given legal effect.